The fastest way from customer request to component

For component manufacturer Peter Lemke, the user-friendliness of the HURCO CNC control was partly responsible for the successful start of his company. Since then, MAL GmbH has relied on the precision and reliability of HURCO machining centers for milling work. 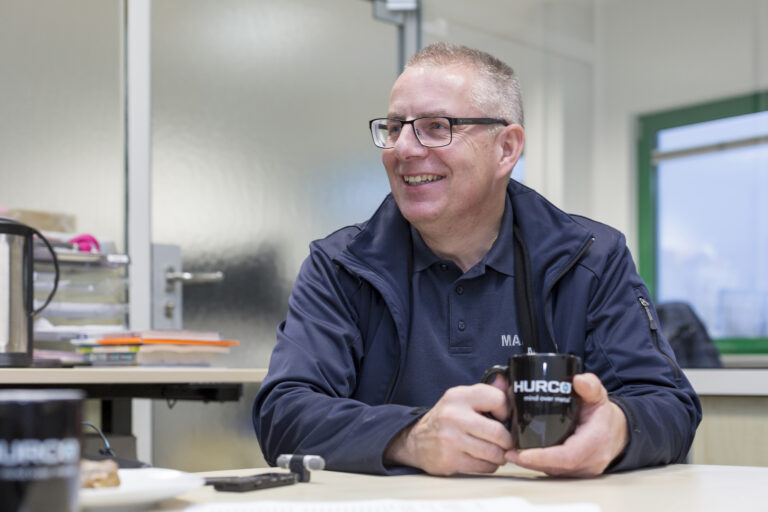 “It has to be fast and it has to be easy,” says Peter Lemke. His clients did not want to lose any time, he adds. For the managing director and owner of MAL Metall- und Anlagenbau Lemke GmbH, the fast and precise implementation of customer requirements is a top priority. That is why Peter Lemke also went to various machine manufacturers with a metal block and pre-prepared tools in his luggage before buying his first milling machine.

He recalls, “My assumption was: the customer has a stoppage and needs a spare part. I have an hour to do this.” In the food industry, 80 people might be waiting on the line in such a situation, he adds. HURCO convinced him: “With the WinMax control, the component could be programmed directly on the machine. Within 65 minutes, I had a faultless product in my hand. That’s when I knew this machine was perfect for someone who wants to start his own business in metalworking. I’m a trained toolmaker, I had no idea about controls at the time.”

At that time, that was the year 2011. The native of Neumünster had already put four metalworking companies on the road to success, most recently as plant manager in Hagenow. After that, it was time for the 43-year-old to set up his own metalworking and plant engineering business. He took over a former LPG site in Sülstorf with around 1200 square meters of hall space, and later added another 560 square meters of production space. Lemke can tell some incredible stories from the founding period. For example, the one when he signed a purchase agreement for a machine at NORTEC with the financing commitment of a major German bank in his pocket. “An employee of the institute called and told me they were withdrawing the loan. I was just able to cancel the purchase right there at the show. But for a month, I didn’t know what to do next.” That’s when the described first contact with HURCO occurred. The machine tool manufacturer then immediately supported Lemke in financing his first milling machine – a service that HURCO offers its customers as a matter of principle. 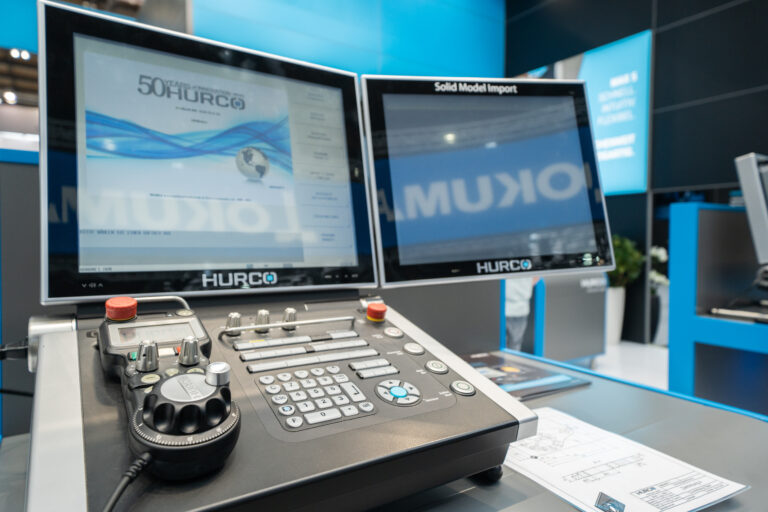 In the meantime, there are nine large machines for metalworking in the halls of MAL GmbH, including three machining gantries from HURCO. Peter Lemke specializes in individual contract work and primarily manufactures one-offs, prototypes and small series from a wide range of metals and alloys as well as plastics. The scope of services ranges from simple turned or milled parts to highly complex components with the tightest fit tolerances to complete systems. Customers come from the medical and food technology, aerospace, textile and mechanical engineering industries. “To carry out individual milling jobs, we work with the HURCO 5-axis machining center VMX 30 Ui and the 3-axis machining center VMX 42 i. The HURCO 3-axis cutting machine VMX 50 T 40, on the other hand, is more our workhorse for high-performance operations,” Lemke explains. The managing director uses the example of a support hook to show why he values the WinMax control system so much. “We have large overhang lengths here because the component is so long. The tools for it are 200 millimeters long. Normally, we work with an HSK fixture with short cutters about 40 to 50 millimeters long. So we have to lengthen to get down to the bottom. This must not be at the expense of accuracy. The WinMax control handles this very well. I can easily program the fourth and fifth axes. That’s where most control types hook.”

The performance of the HURCO CNC control also allows the job shop to respond quickly to changing geometry requirements. Based on the data for a specific component, for example, the position for a bore can be shifted very easily. Lemke: “This is done very quickly via the dialog programming of WinMax. By the time the designer has created a new drawing, we have moved the hole 30 times.”

Nothing is worse for Peter Lemke than machine downtime.

For Lemke, the easy-to-operate and dialog-oriented WinMax control system is the one decisive plus of the HURCO machining gantries. The MAL Managing Director values the machine manufacturer’s after-sales service just as highly. “For me, after-sales service accounts for 50 percent of the performance package,” says Lemke. In HURCO, he has a technically experienced, reliable and responsive partner at his side in this respect. Lemke continues, “I want to ensure not only for myself but also for my customers that we are able to deliver at all times.” Customer focus is also a top priority in his own company. When necessary, MAL machinists are on call for 24-hour service to quickly replace individual components. The pieces are then manufactured on call, even at night, and immediately delivered and installed on site. Peter Lemke is very satisfied with his decision in favor of HURCO. “The price-performance ratio is top,” he says, and he greatly appreciates the partnership-based and fair dealings with the HURCO employees.

The Sülstorf-based metal and plant construction company still manufactures in a single-shift system, with the machines running 10 hours a day. This is not due to the order situation, but to a lack of personnel. “For some time now, we have been desperately looking for cutting machine operators,” Lemke describes the situation. He is therefore now thinking about automating manufacturing steps. The integration of a pallet station would enable a second or third shift without personnel. For series parts in the aluminum range with run times of 40 to 45 minutes, a 16-piece station would currently be sufficient, he explains. Run times in the production halls at MAL vary widely. “We manufacture very small components that are really just a wire with a thread, all the way up to components that weigh a ton. Depending on the complexity, production on the VMX 50 i, for example, takes a good 3 days, which means a maximum of 2 parts per week. But we also have components on the VMX 30 Ui with a run time of 5 minutes.” As a contract manufacturer, MAL does not produce classic series. Lot sizes average around 20.

Future challenge for the industry is the shortage of skilled workers

Precision, flexibility and fast response times are the cornerstones to which the remarkable growth course of Metall- und Anlagenbau Lemke can be attributed. Seven years after the company was founded, it employs 16 people, including 10 trained cutting machine operators in production. The average age of the young, dynamic team is just over 30. The employees have a high degree of personal responsibility, for example in tool selection, and program their components themselves. “With me, the guys not only have to work along, they also have to think along. They have to know what’s happening on the cutting edge. Those who contribute their skills have a secure job here,” says Peter Lemke. For him personally, the craftsmanship aspect of metalworking is very important.  Even as a teenager, Lemke says, he was passionate about tinkering with motorcycles and cars. The entrepreneur is not worried about the future of his business. He says it is important to keep up with the latest technical developments. He takes time for this, says Lemke: “I buy machines that cover customer requirements for the next four years,” he says, and continues: “The industry has good work to do. Those who care for and develop their employees and don’t alienate customers will survive in the market.”